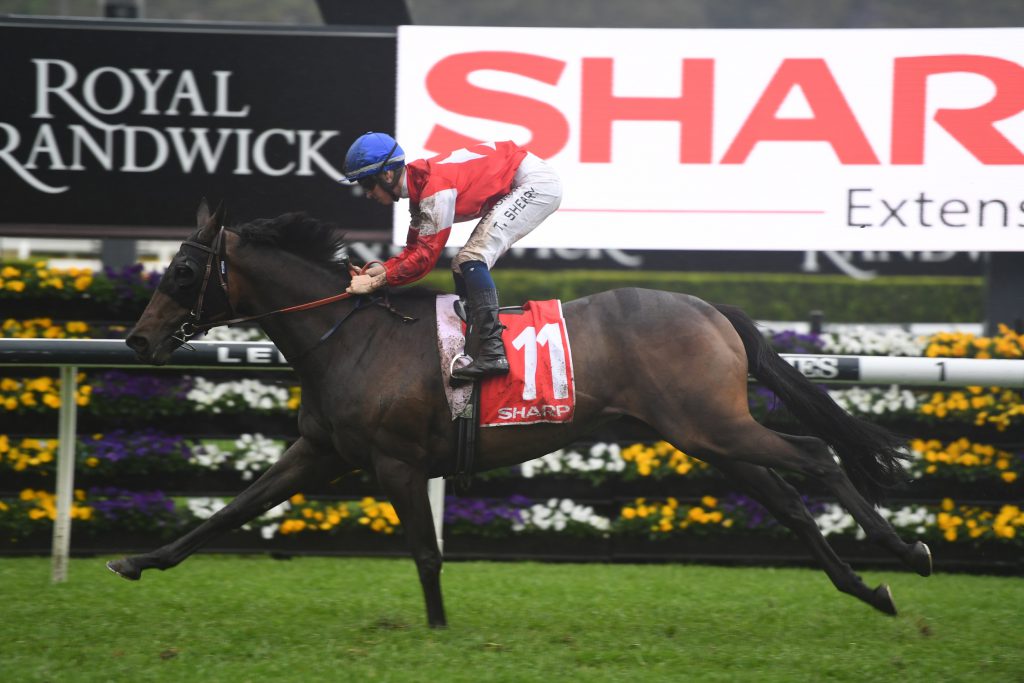 “To have a runner in such a rich race is great for a young stable still in its relative infancy, and great for our staff and owners,” Widdup said.

“Icebath goes into the race on the back of a brilliant win at Randwick last Saturday and I’m sure she won’t disgrace herself. It’s probably the closest I’ll ever get to having the chance of winning a $7.5m lottery.

“We’re very happy to be there, and as long as the mare runs well, I’ll be happy.”

Icebath’s part-owner David McGrath attended the barrier draw function on Tuesday and came up with an ideal no.5 when his mare was the second last horse of 22 (including the four reserves) out.

“At least David wasn’t under any pressure,” Widdup joked.

Widdup underwent a lengthy apprenticeship with a number of leading trainers before branching out on his own at Hawkesbury just over three years ago. He could not have wished for a better start to his career, winning with his first starter (Junglized) on Canberra’s ACTON (synthetic) track on May 26, 2017.

A further 143 winners have followed; Icebath being the latest when she relished both the heavy track and 1600m in romping to an easy victory at Royal Randwick last Saturday, finally clinching a city breakthrough and ending a run of unlucky performances in town.

Widdup has done a splendid job with the daughter of dual Doncaster Mile winner Sacred Falls, who was bred in New Zealand and fetched $100,000 as a yearling at the Inglis Classic sale in Sydney in 2018.

“She wasn’t big, but a very bold walker and athletic,” Widdup recalled about first catching sight of Icebath.

“Her breeding appealed, being by such a good Group 1 performer as Sacred Falls out of a five-times winning mare (including victories in Melbourne and Adelaide) Fabulist, a daughter of Cox Plate winner Savabeel. It looked a good cross.”

Widdup, understandably, held a good opinion of Icebath from early on and ran her in a couple of black type races (the Group 2 Sweet Embrace Stakes and Group 3 Magic Night Stakes) at Randwick and Rosehill Gardens respectively as a two-year-old.

But drama was around the corner in more ways than one. Major part-owner Damion Flower was arrested and jailed on alleged drug importation charges, and Icebath subsequently was sold privately to a new syndicate of owners, which include sporting commentator David Basheer and his brother Simon.

However, she required surgery to remove chips from both front fetlocks: “Before the sale went through, we had her vetted and discovered the chips after she had finished second first-up at Wyong in July last year at her last start as a two-year-old,” Widdup explained.

“Icebath’s new owners went ahead with the purchase and were very patient with her. She won first-up for them on the Beaumont Track in February, and hasn’t run a bad race since.

“I’m thrilled to see such good and supportive owners get a city win with her last weekend after four placings in town and now have a live chance in a $7.5m race.”

Widdup ran Icebath at 1600m for the first time as a three-year-old when she finished a splendid sixth (beaten less than a length) to Asiago in the Group 3 Kembla Grange Classic in March, and has waited for the opportunity to get her back to that distance, given her pedigree.

That opportunity arose at Randwick last Saturday, and Widdup made a “good thing” of her by engaging 3kg claimer Tom Sherry, lessening her weight to 54.5kg for the Benchmark 78 Handicap. He has given the young Irishman a vote of confidence by retaining him for the Iron Jack The Golden Eagle ride, even though apprentices cannot claim.

“Why change?”, Widdup asked. “Tom rode the mare beautifully, and it’s an advantage to have a jockey aboard who knows her.”

Widdup put blinkers on Icebath prior to her fifth to Golden Eagle rivals Flit, Alligator Blood and Dawn Passage in the lead-up Silver Eagle (1300m) at Randwick on October 10, and she raced in them again when bolting home there last weekend.

“I’m not sure they have made much of a difference, but I certainly won’t be taking them off for this race,” he said.

Widdup doesn’t need to do much with Icebath this week; other than keep her happy and ticking over after that dominant Randwick 1600m victory only a few days ago.

“I’ve had a runner in the Golden Slipper and Golden Rose (both with his first black type winner Sandbar in 2018), and now the Golden Eagle,” he said. “Hopefully, this will be third time lucky.”