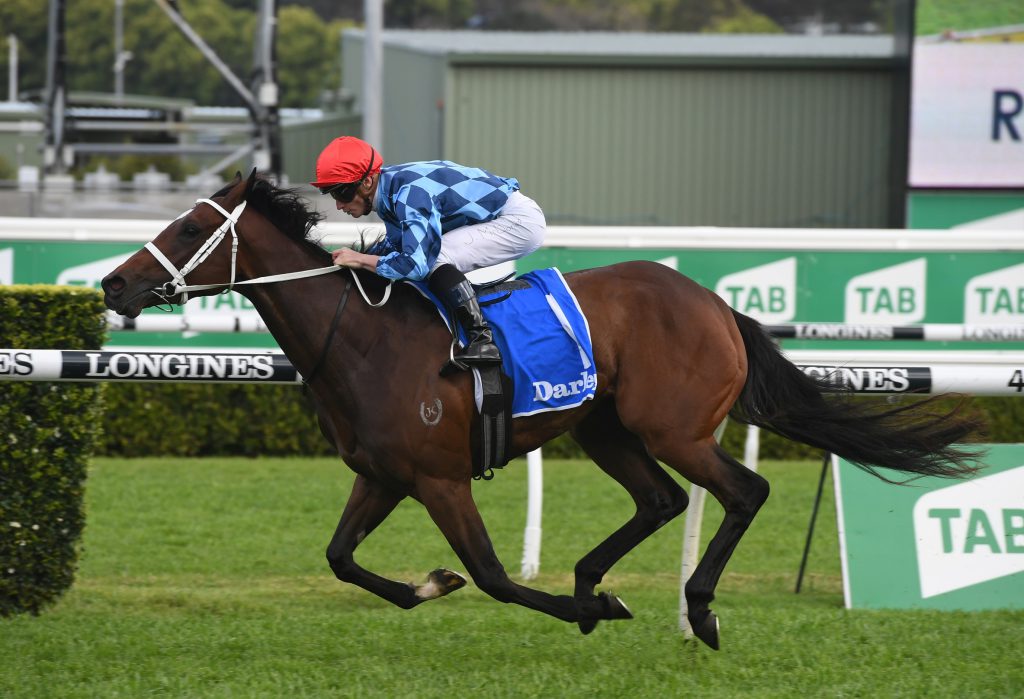 That, at least, is the view of trainer Chris Waller’s assistant Charlie Duckworth after number 22 was pulled from the barrel perched on a boat in the middle of Sydney Harbour on Tuesday.

It was a mixed barrier result for the nation’s number one stable with stablemates Subpoenaed drawing two and Reloaded in 11 but the focus quickly zoomed in on the $4.80 TAB favourite and Duckworth didn’t bat an eyelid.

“I think and we hope she’s the best horse in the race and the wet track doesn’t disadvantage her whereas it is going to disadvantage others,’’ he said.

“I wouldn’t be saying the wet track makes her faster or superior, it just slows the others down and she’s unaffected.

“Obviously the draw is awkward but I’d imagine the horse drawn inside her, Just Thinkin’, would probably roll forward being one of Gai’s.

“It might be a nice opportunity to slide across with that horse and give us the run of the race and take all the luck out of it.”

Waller of course won the inaugural Golden Eagle with Kolding and he’s followed a similar blueprint with Funstar who hasn’t raced since running second to Probabeel in the Group 1 Epsom Handicap (1600m) four weeks ago.

Duckworth said Funstar has pleased the stable since that effort, where she jumped from 16 in the 17 horse field, and it’s really now up to jockey Tommy Berry to give her the best run possible.

Funstar’s last win came over the Golden Eagle course back in March when she downed Probabeel in the Group 2 Phar Lap Stakes on a heavy track.

“Her form right the way through her career is pretty outstanding,’’ he said.

“The conditions of the race suit her, in terms of being restricted (to four-year-olds), and the distance and track is spot on.

“She’s had a few weeks between runs but she trialled well and is ready to rock and roll.”

Ten per cent of the Golden Eagle prizemoney – a total of $750,000 – by each horse is donated to charities selected by their owners and Funstar is racing for Redkite, Subpoenaed for Youngcare and Reloaded for the Sydney Children’s Hospital.

Berry rode Subpoenaed to her Group 2 Golden Pendant victory at Rosehill last month and in her sixth in the Silver Eagle three weeks ago but, as he’s on the favourite, Jay Ford picks up the ride.

Duckworth is prepared to forgive Subpoenaed, $26, for her disappointing Silver Eagle run citing the drop to 1300m as a factor there. He said she’ll also need luck from barrier two but a different kind of luck to Funstar.

“The draw is probably not perfect for her because she can be slow away and waste a good draw and she generally runs better with a bit of open space,’’ he said.

“The Eagle will be run later in the day and they will be getting off the fence, so it should allow her plenty of space to let down and if she brings her best I think she is right up to them.”

It’s a surprise to many that Reloaded hasn’t yet won a Group 1, or indeed more than just the one race in his 10 starts to date, but Duckworth warned not to give up on him yet.

He was beaten less than a length first-up in the Tramway Handicap (1400m) then finished four lengths behind Probabeel in the Bill Ritchie (1400m) but missed the Epsom due to a temperature.

There is a chance he could head to Melbourne for the Group 1 Cantala Stakes on Saturday but there’s no guarantee he will gain a start and the $7.5m purse at home is hard to ignore.

“He’s drawn quite well and it’s a pretty big incentive to stay in Sydney rather than risking a float trip down there,’’ Duckworth said.

“I think this prep he’s been absolutely flying and for whatever reason he got that temperature just before the Epsom.

“It was so unfortunate because I thought he was a genuine winning chance in the Epsom. He’s certainly a much better horse than what he’s got in his form at present and his day will come.”

Robbie Dolan has the ride on Reloaded who is a $61 chance with TAB.

All the fields, form and replays for Saturday’s $7.5m Iron Jack Golden Eagle at Rosehill