Widdup Mares Take Their ‘One Shot’ At Eagle Riches 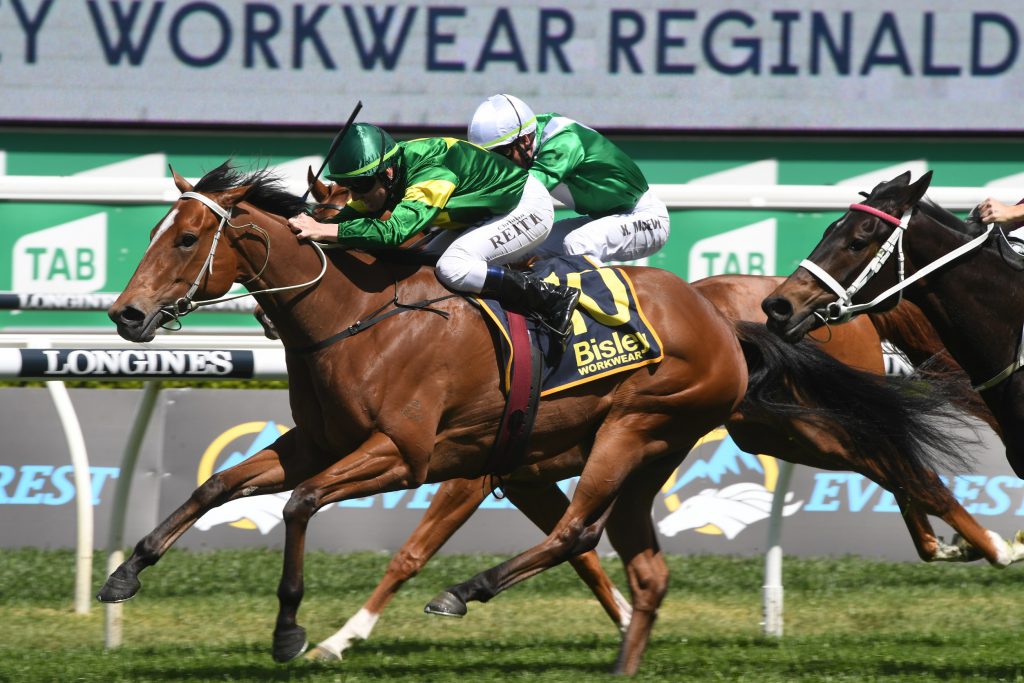 Spring is the time to dream and trainer Brad Widdup is prepared to do just that and dream of a Golden Eagle berth for his luckless mares Icebath and Akari.

Sure they’re 50/1 outsiders if you look at TAB’s market on the $7.5m four-year-old feature but Widdup said when you only get one shot you should always take it.

Icebath would need a top three finish in the $500,000 Silver Eagle (1300m) at Randwick on Saturday to secure a start, given her 76 rating, while Akari, with an 86 rating, probably only needs an eye-catching run to warrant dreaming big.

Widdup has been tearing his hair out trying to unlock the secret to Icebath, who has had nothing but hard luck stories (some of her own doing) since her last win back in March, and is throwing the blinkers on searching for a result.

“I raced her in blinkers once as a two-year-old but to be fair she probably shouldn’t have had that start,’’ Widdup said.

“I’ve kept them off her but I think now is the time. It’s been frustrating that she hasn’t won, she’s loomed up, so I hope they do the trick.

“Her benchmark rating shouldn’t be what it is. It’s a throw at the stumps, we had the Golden Eagle as a target if she’s going well enough. It’s all a pipe dream at the moment.”

Both horses were acceptors for the Group 3 Angst Stakes over the mile but when they drew wide Widdup decided the sporting thing to do was to aim high now.

At her last start, Icebath was beaten less than half a length by Academy over 1400m at Randwick and in that race she finished ahead of Criaderas who was second favourite for the Silver Eagle before being scratched to run in Akari’s benchmark race.

She clocked a last 600m of 33.88 (Punter’s Intelligence), bettered only by Criaderas, so she’s clearly in good form.

That tells Widdup that Icebath, while a $14 chance, is not out of her depth and that’s backed up by a Group 3 third to current Silver Eagle second favourite Dawn Passage against her name.

“It’s a race with great prizemoney and a small field,’’ he said.

“If your horse is going well enough you’ve got to have a crack. There’s no point playing the safe game all the time when you only get a chance once a year at these races.”

Akari’s form reads sixth of nine and tenth of 13 from her two runs this spring but Widdup said she’s on the cusp of a big performance in the Drinkwise Handicap (1400m).

The mare, $13 with TAB, was Group 3 placed at Randwick during The Championships behind Rubisaki but the Hawkesbury trainer is adamant she’s in better touch now.

“I’m really happy with her, I know the form probably doesn’t read like it,’’ Widdup said.

“Her coat wasn’t right in the autumn, her runs were good but she wasn’t herself. I battled through and gave her a couple more runs and she ran a place.

“This time in she looks fantastic and her two runs have been good runs.

“If we can get in (the Golden Eagle) with her we’ll definitely have a throw at the stumps too.”

All the fields, form and replays for Saturday’s Royal Randwick meeting