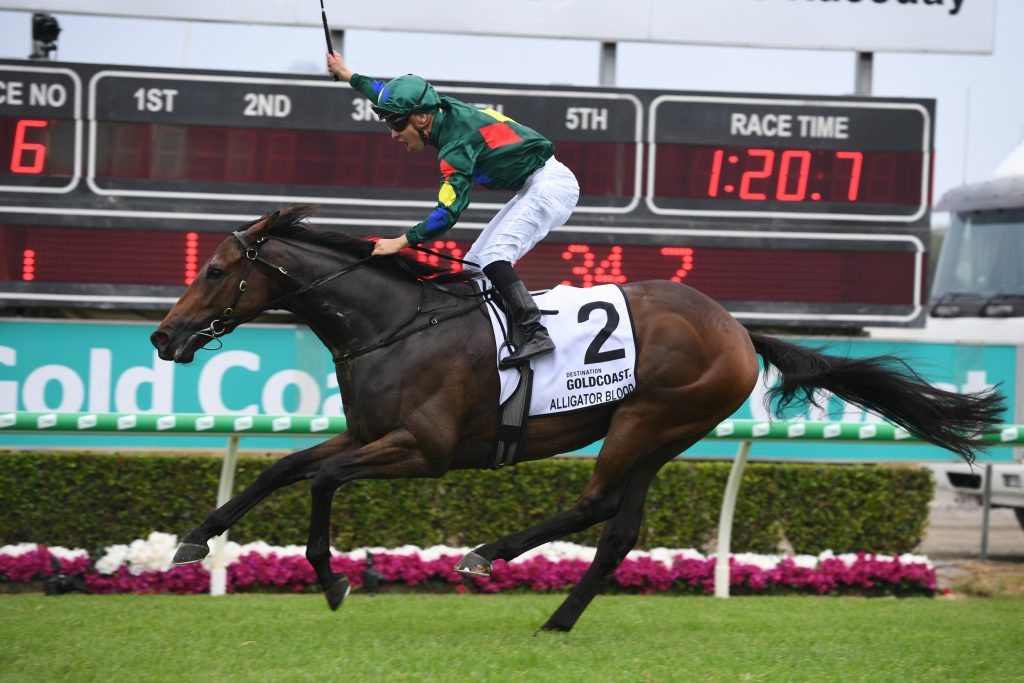 While a Sydney spring assault, with the $7.5m Golden Eagle the centrepiece, is again appearing to be Plan A for superstar Alligator Blood his trainer David Vandyke is solely focused on getting the little things right first.

The four-year-old is scheduled to make his spring return at Doomben on September 12 and Vandyke said before moving interstate he wants to reinstate a ‘string to his bow’ that he lost in the autumn.

There’s been plenty of conjecture over where Alligator Blood will campaign in the second half of 2020 and as far as Vandyke is concerned that’s all moot until he resumes.

A slot in the $15m TAB Everest (1200m) on October 17 is still on the wish list but Vandyke is leaving that to part owner Allan Endresz.

“We’re going to make some decisions after his run at Doomben,’’ Vandyke said.

“Whether we end up in the Everest or not I don’t know at this stage.

“Obviously people would like to know now what we are going to do in five or six weeks time.

“I think the sensible thing is for us to do what we are doing, keep it simple, we’re getting him ready for a race on September 12 and what happens beyond that won’t affect what happens before it.’’

Of greater concern to Vandyke than where he may or may not run later in the spring, though, is ensuring Alligator Blood is not the one dimensional horse he turned into in Melbourne.

The Group 1 winner had his first trial this campaign at the Sunshine Coast last Sunday and the trainer marked it as “okay” for one very important reason.

“I would have liked to have seen him get cover. He didn’t,’’ he said.

“My instructions to Ryan (Maloney) going into his official trial on the 25th, even this far out, will be to try to get cover. I want to see the horse switch off.

“He had a string in his bow before we went to Melbourne where he could get cover and switch off and we haven’t seen that for a long time. I want to see it again before we get to the races.

“If this horse is going to get longevity we need to see him being able to relax, get cover and travel sweetly.’’

How Alligator Blood might get to the Golden Eagle will depend on whether Endresz can secure that slot in the TAB Everest.

He has a back up option of the $500,000 Silver Eagle (1300m), for four-year-olds, on October 10 but Vandyke is warming to the Everest as the preferred lead up – not just because of the $15 million purse – but the precedent set last year by Sunlight.

“The Everest is a good lead up race for the Golden Eagle, Sunlight ran tenth in the Everest then ran second in the Eagle,’’ he said.

“So there’s a bit of a form line there to say coming out of an Everest may not be such a bad thing providing we aren’t three wide cutting the breeze on the pace (in an Everest).

Alligator Blood was due to race in Sydney last spring but had that campaign aborted after he was a late scratching on race day, when die to contest the Ming Dynasty, when he became agitated in the tie up stalls.

Racing NSW – your home of live racing, form, tips and the latest news.