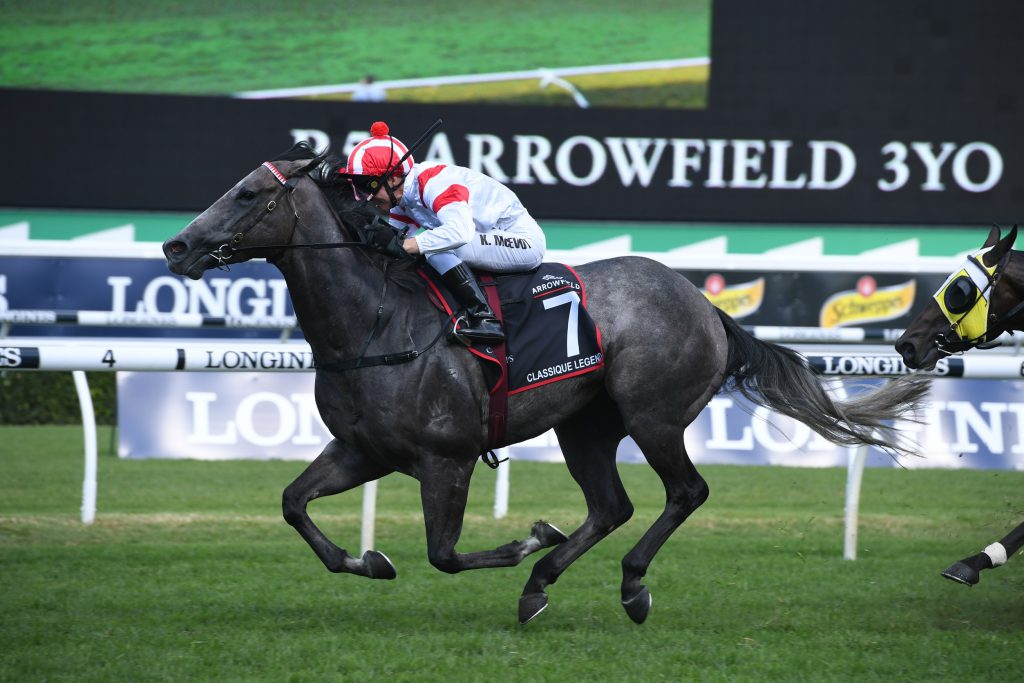 Trainer Les Bridge concedes he’s asked a lot of the exciting grey Classique Legend this spring but he’s never been more confident in the horse than he is leading into the inaugural $7.5m Iron Jack Golden Eagle (1500m) at Rosehill Gardens.

When a self-confessed ‘old fashioned’ trainer like Bridge continues to speak bullishly about a horse then that horse must be special.

“I actually think he could be the best horse I’ve ever had,’’ Bridge said.

“In six months he will be twice the horse he is now. There was a lot of pressure on him when they paid for the slot in The Everest and I’m old fashioned.’’

These are pretty big raps to put on a horse with just seven starts to his name that, aside from the world class TAB Everest, is yet to tackle a Group 1 race.

The 81-year-old trainer has guided the likes of classy stayer Kensei, Golden Slipper winner Sir Dapper and more recently outstanding mare Hot Danish and has never been known to talk up a horse for the sake of it.

“He just didn’t have the luck on the day and that’s horse racing. I just hope he gets a bit of luck on Saturday.’’

Classique Legend covered himself in glory in Bridge’s eyes as he ran sixth in the TAB Everest, beaten 2.5 lengths, after being badly held up for a run at a vital stage.

Punter’s Intelligence sectional data showed he was tracking similarly to the winner Yes Yes Yes to the 400m.

He was positioned in eighth place with Alizee to his outside while Yes Yes Yes, from ninth, swung around the mare and by the 200m Classique Legend was eleventh as Yes Yes Yes was about to hit the front.

“It’s pretty hard to watch. That was nobody’s fault, it was sheer luck he didn’t get a run. They were going too quick and the runs didn’t come,’’ Bridge said.

“Nash (Rawiller) said when he came in he was frustrated. I felt sorry for Nash, he didn’t do anything wrong.

“You see it every day of the week but it was probably highlighted in a race like that.’’

Kerrin McEvoy will be back on Classique Legend in the Golden Eagle with Rawiller partnering Silver Eagle winner The Inevitable in the race exclusively for four-year-olds.

Bridge said the four-year-old, rated a $5 chance with TAB prior to Tuesday’s barrier draw, came through the Everest well and is excited to be a live hope in a $7.5 million race for his first try beyond 1200m.

“The distance is the least of his worries, he’ll run a mile this horse but the 18 runners is a bit of a worry, if you draw 18 it’ll be a problem,’’ he said.

“He’s done well, he didn’t have a hard run in that race. It was incredible the interest the Everest generated, I just hope this race does the same.’’

Ten per cent of all prizemoney in the Golden Eagle will be donated to a charity of the owner’s choice and Classique Legend’s contribution will go to Riding For The Disabled.

Carmel Size, racing manager for the grey’s owner Bon Ho, knows first hand what a relationship with a horse can do for a person’s wellbeing, as she has a close bond with the horse she calls Jiminy, and said it’s a charity she’s pleased to be supporting.

“The love of a horse can conquer so many things for people who are disadvantaged in life,’’ she said.

“Even if they aren’t able to ride a horse, but to get to know a horse, it’s a very special thing to develop a bond with a horse.’’