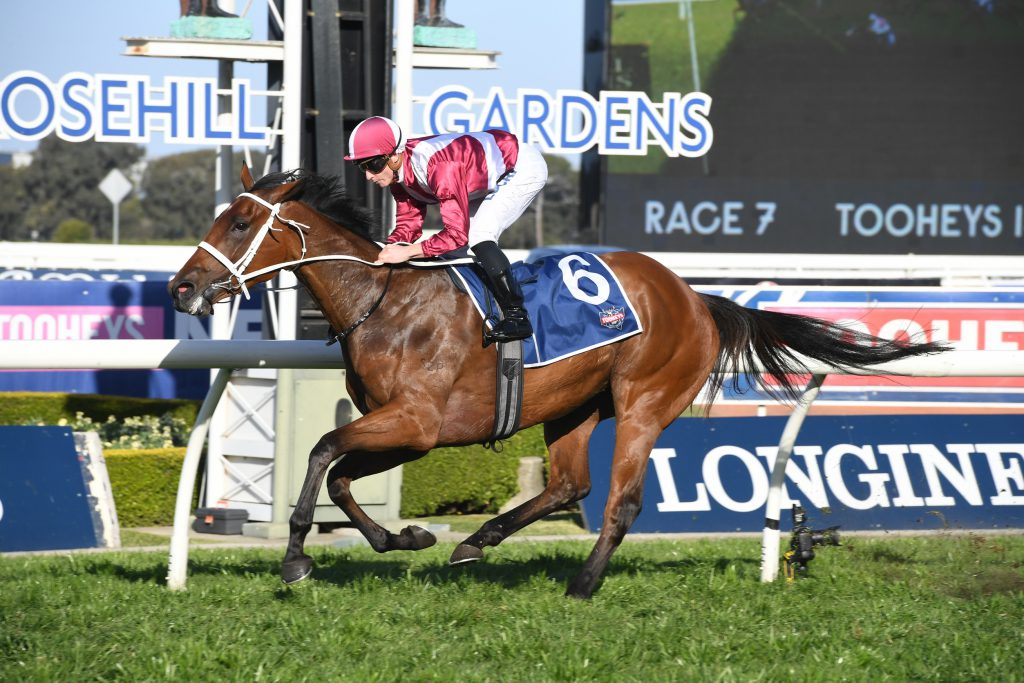 You only get one shot at the $7.5 million Golden Eagle and owner Bob Peters wants to give his star mare Arcadia Queen her chance having pulled up well from the TAB Everest.

While Peters was disappointed that Arcadia Queen could only beat one home at Randwick he says it was a race he was keen to be in and circumstances didn’t play out in her favour.

Peters said on Sky Sports Radio on Thursday that everyone was so concerned with keeping her fresh and the speed in her legs that could have been her undoing.

“I think she was very fresh and took off and went too fast,’’ Peters said.

“A lot of the horses that were up on the speed finished near the back.

“It will be a different race all together. Hopefully she can settle well and come home well.’’

Arcadia Queen was deposed as TAB favourite for the inaugural Golden Eagle, run over 1500m at Rosehill Gardens on Saturday week, after the Everest and is $4.20 second elect.

Peters said all indications are that the mare took no harm from the Everest run, despite being checked out of the race when a beaten horse.

“I was a bit worried after that run and being knocked around but she’s eaten up after the race and we’ll know a bit more after she works this weekend,’’ he said.

If Arcadia Queen returns to the form that saw her take out the Group 2 Theo Marks Stakes (1300m) at Rosehill at her Sydney debut then there’s every chance she will remain with Chris Waller.

But Peters said if she does line up in the Golden Eagle as he expects a return home for the Perth summer carnival will be off the table.

“I haven’t thought about (leaving her here) yet,’’ he said.

“Possibly she could spell over here and look at the autumn if she runs well.’’

Meanwhile, UK trainer Richard Hannon says he has a solid opinion of his Golden Eagle runner Beat Le Bon but expects to learn a whole lot more about him come race day.

Beat Le Bon is one of three international arrivals completing quarantine at Canterbury, the others being I Am Superman for Michael O’Callaghan and Aidan O’Brien’s Never No More, specifically set for the only race exclusively for four-year-olds.

“It’s a learning curve, we’re hopeful he can be competitive and come home with some prizemoney,’’ Hannon said on Sky Sports Radio.

“The prizemoney is obviously the main reason (for coming) but the racing in Australia is very competitive. We love our horse but we’re not sure how good he is.

“We’ve got everything to gain and nothing to lose.’’

Beat Le Bon won three straight handicap races prior to finishing fifth in the Group 2 Celebration Mile at Goodwood on August 24 and regular rider Pat Dobbs will be in Sydney to partner him.

Hannon said the entire races best with speed on and reports from Canterbury tell him the horse has settled in well. He’s a $21 chance with TAB.