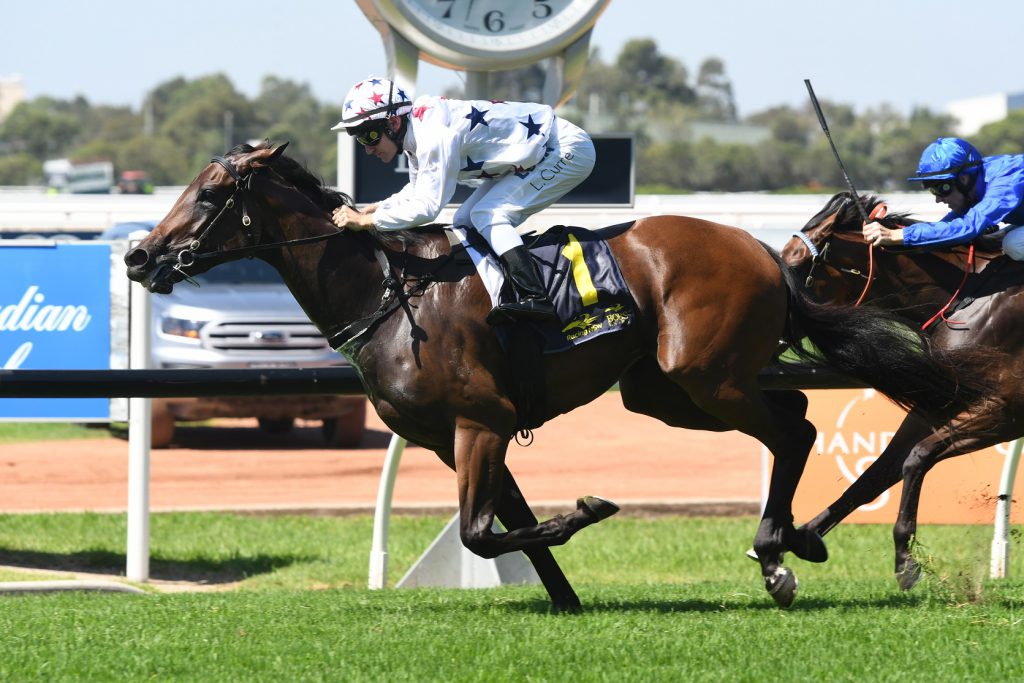 When trainer Tony McEvoy started this spring with classy mare Sunlight he was determined to finish it with an answer to his question about her distance limits.

After analysing her performance in the TAB Everest, where she finished tenth of 12, and how she came through the race he’s more than happy to get that answer in the $7.5m Golden Eagle (1500m) on Saturday week at Rosehill Gardens.

McEvoy is still scratching his head over how fast the Everest was run and how a horse can run 1:08.07 in a 1200m race and finish tenth.

“The more we’ve digested that race she’s run the fastest 1200m she’s ever run and while it was a disappointing finish I’m just so confused about that race,’’ he said.

“We worked out it wasn’t a poor run, it was below what we expected but not shocking.

“I ran a few tests on her internally and externally and she ticked every box. As long as she pleases me in the next week she will be there.’’

Sunlight was one of the horses responsible for setting the early pace until Nature Strip took control in the Everest but, while the leader held on to run fourth, she couldn’t sustain it.

The Golden Eagle is the only race in Australia exclusively for four-year-olds and though it’s likely to be a capacity field McEvoy is confident Sunlight will be a lot more comfortable than in the furious sprint the Everest turned out to be.

“This was always our plan and the ownership group are happy to go forward.

“We know it is new territory and the risks involved, we know she is as fit as she’s ever been and we’ll find out whether she runs further than 1200m.’’

So what is it about Sunlight that tells McEvoy she will be as effective over 1500m?

If she happens to win the Golden Eagle or shows she can cope with the extra distance it opens up plenty of options for her in the new year including the Group 1 Coolmore Classic for fillies and mares over the same course.

McEvoy points to the mare’s form down the Flemington straight as evidence she could handle the challenge.

“In the Newmarket, when it looked like Osborne Bulls had her at the 100m, if you look at the 100m I thought ‘here comes Osborne Bulls, he’s going to pick her up’ and he couldn’t do it,’’ he said.

“If you look at the 100m mark in the Coolmore (Stud Stakes) I don’t think there would be a person in Australia who would say Zousain wasn’t going to beat her and he didn’t get her.

“They are tough races, like 1400m. Her true grit and toughness is what gives us the hope she will run a bit further.’’

Sunlight is a $13 chance in TAB’s Golden Eagle market with Doncaster winner Brutal the $3.80 favourite.

The race is set to have at least two international runners in Aidan O’Brien’s Never No More and Richard Hannon’s Beat Le Bon while Michael O’Callaghan’s I Am Superman is on the borderline.

As for the Everest experience, McEvoy said it exceeded his expectations and is thankful to slot holders Max Whitby and Neil Werrett for taking his horse along for the ride.

“The build up was fantastic, my owners loved it,’’ he said.

“The enjoyment we got out of the slot holders and the spirit in which they embraced us and our mare, and the spirit of how they handled the defeat, it was really fantastic.’’