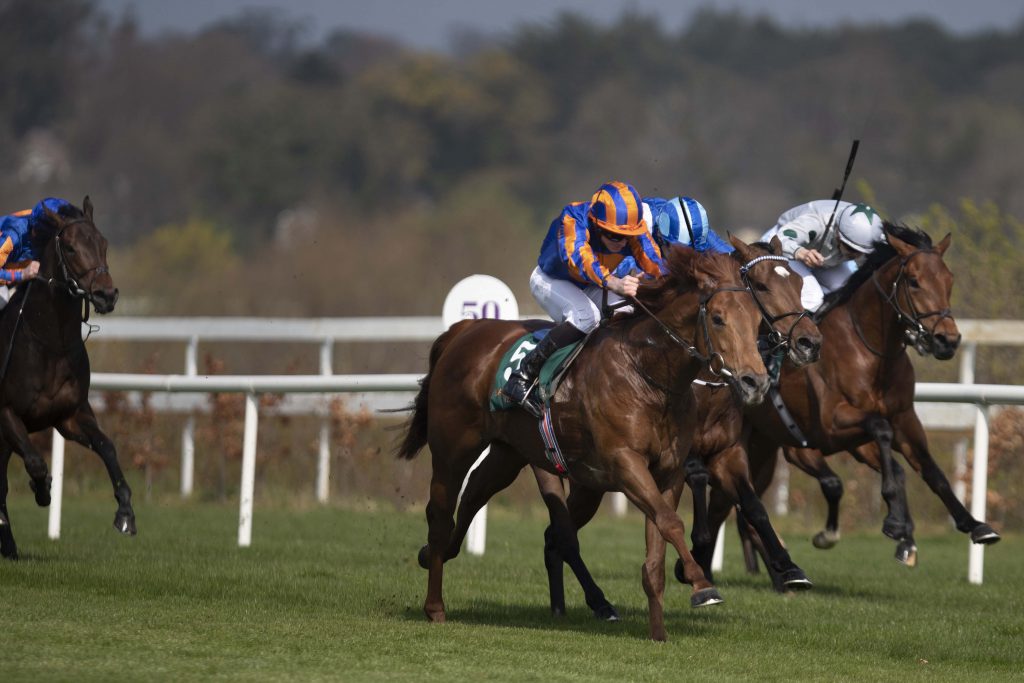 He’s a bouncy redhead with a bit of spunk and has been hand picked by trainer Aidan O’Brien to spearhead the Irish legend’s bid to win next month’s inaugural $7.5m Golden Eagle.

His name is Never No More and he’s hard to miss as he struts around the Canterbury quarantine centre.

The chestnut four-year-old arrived in Sydney on Everest Day and was out on the track on Monday with stablemate Antilles, here for the $500,000 Rosehill Gold Cup, along with Ten Sovereigns and his travelling companion National Guard.

O’Brien’s travelling foreman Andrew Murphy said the new arrivals appear to have travelled well and have had no issues adapting to the new surrounds.

Never No More is a $26 chance with TAB in the new November 2 feature over 1500m at Rosehill though he does boast a last start Group 2 second placing at Doncaster just over a month ago.

“He has been to England and America this year so he is well travelled,” Murphy said.

“We’ll gradually ramp their work up as each day goes on and we’ll decide when they’ll do faster work.

“The lads speak to Aidan daily so everyone knows what’s happening.”

The four-year-old has won three of his seven starts. He was a Listed winner at Leopardstown in April then travelled to America where he ran fifth in the Group 1 Secretariat (1609m) at Arlington before returning to the UK for his Doncaster placing.

Murphy said Never No More has experience in big fields, with 18 expected to line up in the Eagle, and has proven to be versatile.

“The track will suit him, he doesn’t mind the bends,” he said.

“He seems to have plenty of pace and can settle if they slow it up so he’s pretty adaptable.”

Antilles has form around Constantinople, having run fourth to that horse back in May in a Group 3 at The Curragh, and last raced on September 27 where he ran third at Dundalk in a Group 3 2149m event on a synthetic track.

His inclusion in the Rosehill Gold Cup (2000m), also run on November 2, will be an interesting exercise and success there could lead to O’Brien having a bigger presence in the rich spring middle distance races in Sydney.

“He’s a gentleman and it’s been ideal to have him here to lead the other horse as well,” Murphy said.

“He’s a real honest horse, to equate the form here is very difficult. But he has a turn of foot and he could make the pace.”

Meanwhile, Murphy said the team was naturally deflated by Ten Sovereigns’ last placing in the TAB Everest and plans for him will be known in the next 10 days or so.

Ten Sovereigns is among the nominations for the Golden Eagle and there’s a school of thought he might be better suited to longer journeys in Australia having clearly been outsprinted at Randwick.

“He seems fine since, he’s eaten up and he seems in good form,’’ Murphy said.

“It was probably the early pace, and he’s never raced around a bend so there were a few things against him.

“I’m not sure if he runs again but he’s being trained as if he is.’’